We believe that giving back is an essential element in our daily lives. Our involvement extends to schools, youth sports, charities, and events that inspire and shape our world. We are hopeful that our contributions reflect our commitment to our global community.
Share your M. Benjamin Designs photos with us.
SHARE MY STORY 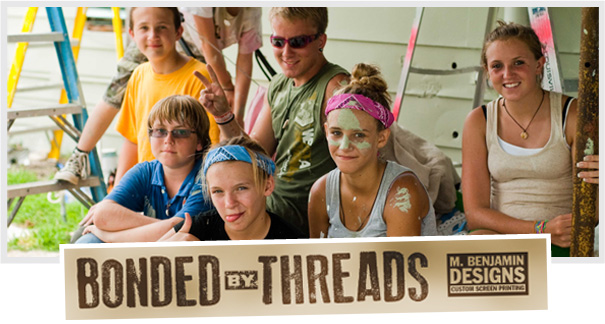 The 8th grade graduating class from L.P. Vaughn Jr. High in Natchitoches, LA visited Arlington for their class trip. Their stops included the Cowboys Stadium, the Parks Mall and ice rink, the Fort Worth Zoo, and the movies. But when the motorcoach pulled into town on Friday, they docked at M. Benjamin Designs first. The students took part in an interactive tour and watched as we printed their 8th grade commemorative T-Shirts. Each student was also given an opportunity to pull his or her freshly screen printed and “piping hot” T-Shirt from the conveyor dryer. Ouch! After the tour, they all loaded up on pizza with fresh fruit and cookies. Thanks Principal Sandy Irchirl for bringing your crew through and we hope that you guys had a fine time in Arlington! 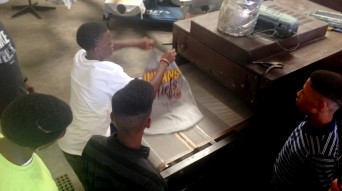 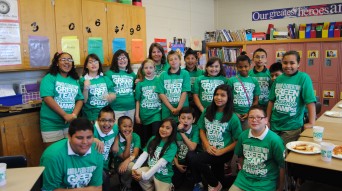 Rankin Elementary’s Green Team visited M. Benjamin Designs to learn more about the company’s recycling program and to see recycling efforts in use. After a brief tour, the students participated in reclaiming textile ink from screens and watched a demonstration on preparing environmentally-friendly packing materials. They later took part in printing the shirts for their school’s Green Team. After the interactive tour, the students were treated to a pizza party and departed wearing their freshly printed T-Shirts. Thanks for visiting us, Rankin Green Team, and keep up the earth-friendly efforts! 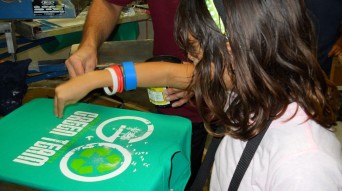